We are recruiting! A PhD position in HCI at i_mBODY lab, Universidad Carlos III de Madrid 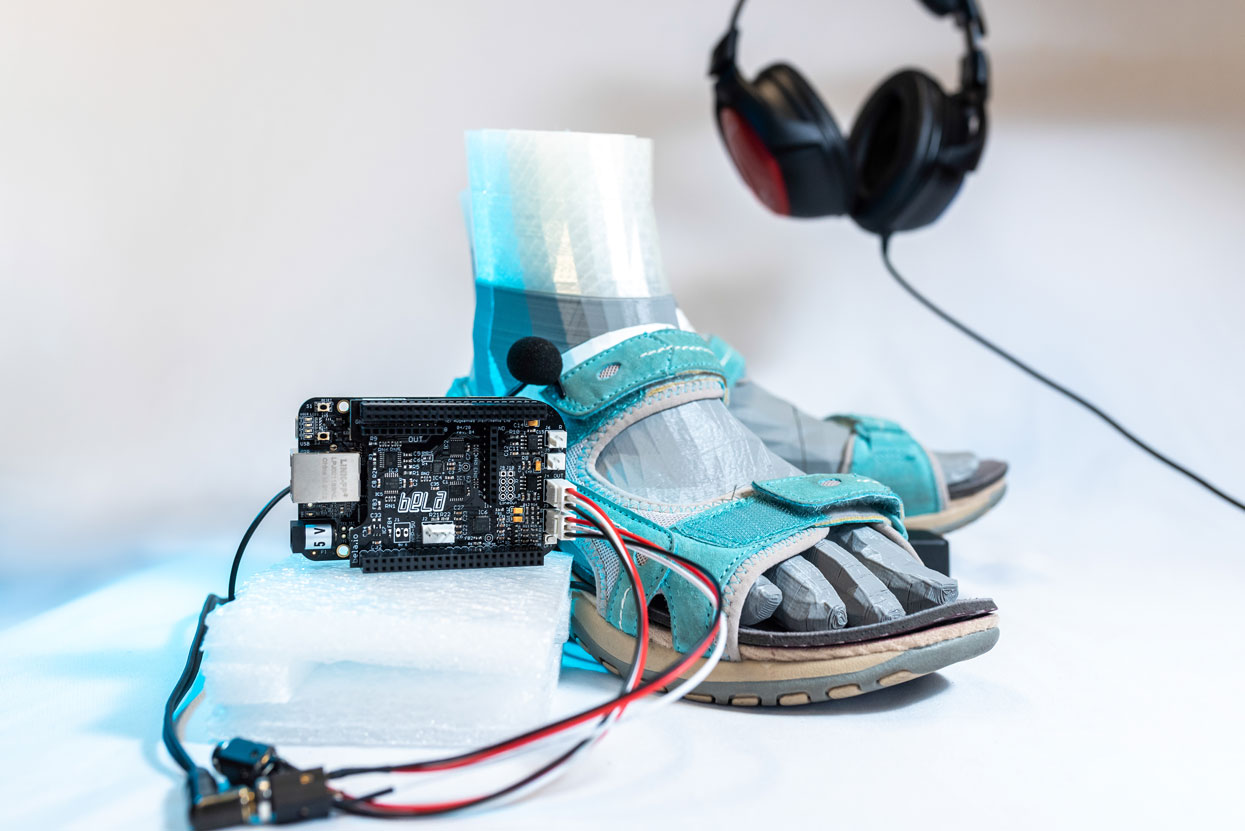 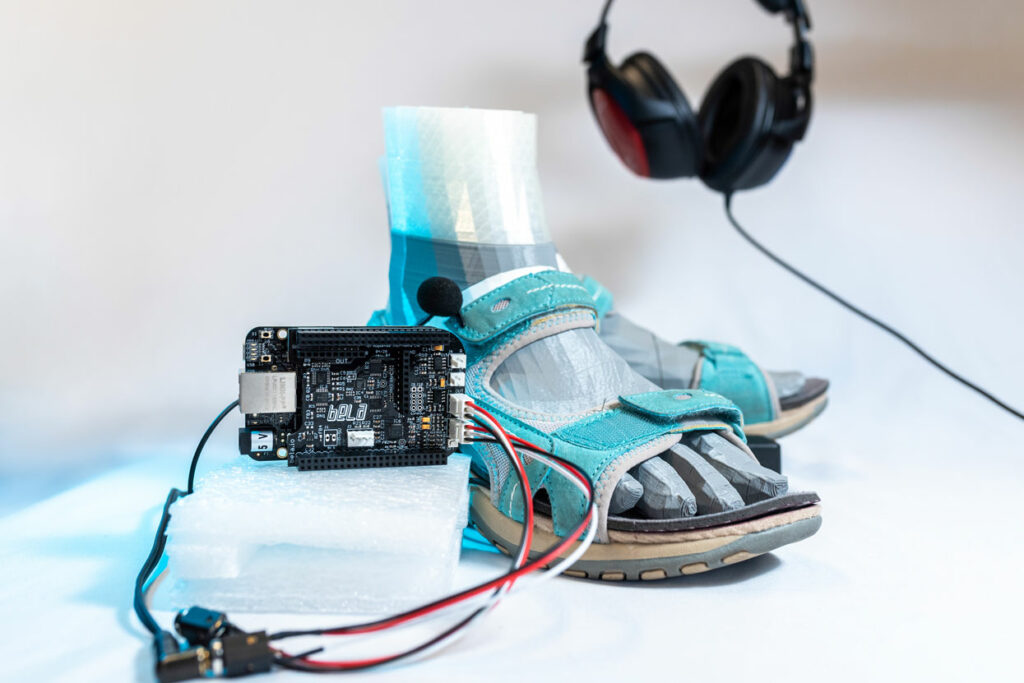 People’s body perception is highly malleable. Recent works have demonstrated that the dynamic modification of footstep sounds can lead people to perceive their body as thinner/lighter, walk more dynamically and feel happier, potentially supporting health. Previous studies modified the spectra of footstep sounds through a stereo 9-band analog graphic equalizer. While this system had minimal latency, it was not optimal as a wearable device, considering its weight (near 2 kg) and necessity of an electric outlet, which limited its applicability to real-world scenarios.

Consequently, several substitute solutions were tested to improve portability, lightness and freedom of movement. For some, a non-satisfactory attempt was made to replicate the spectra of the original system. Therefore, it was hypothesized that a standalone digital microcomputer could increase portability and replicate the spectra. A novel device, using Bela.io and SuperCollider programming language, was tested, in which the spectral behavior of the original equalizer was replicated using cascaded biquad IIR filters.

Objective and subjective experimental results suggest that, subject to the original system, we have successfully reduced weight and increased portability while keeping latency and spectral difference negligible. We foresee this novel system as a portable robust solution to induce illusory changes in body perception.